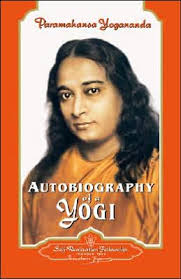 Autobiography of a Yogi Book Cover

Written with supreme confidence, there is an exceptional clarity of thought that runs throughout this book which will appeal to a man who’s kept his mind open to possibilities beyond the realm of the usual. Anyway, the text of the book is peppered with miracles that will sound bizarre and will blow your mind wide open. There is also a chapter which describes ‘life’ after death (the progression of the soul)in vivid detail. All this will be difficult to digest for the man of science, but Paramahansa Yogananda is self-assuredly convincing and consistent. He woos the scientific man by defining the subtle laws at work behind the extraordinary events we term as miracles couched in scientific terms such as the theory of relativity.

It is a wonderful beginner’s guide to Indian philosophy, not to deride the complexities of issues addressed in the book, but in the sense that it gently and lovingly guides the reader along the ‘path’, giving ample time for introspection, an essential prerequisite for true understanding.

Mainly written to ‘sell’ Eastern mysticism to the West without placing them on unfamiliar ground (he spent a solid chunk of his life in California), his ultimate goal is to point out how the religions of the world are talking about the same goddamn thing. He does this by coming up with Vedic interpretations of the Bible and drawing pretty convincing analogies with the Upanishadas and other major Hindu philosophical texts.

The book is certainly worth reading for a peek into world-views that aren’t strictly scientific. And for those who don’t take his theories to heart like I did, it can alternatively be read as an extremely imaginative and engrossing work of fiction. As for me, it left me deeply disturbed and yet strangely at peace.